Rideshare cabs are to Taxis as mobile phones are to desktops. It is not an alternative like Mac vs PC. Most rideshare rides are around 1 mile, $7 for 2 people or $3 for 6 people. A cell phone and rideshare are weaker but more convenient than a desktop and taxi. A power taxi, that is greener and has winter tires can go further more comfortably. It also has more trunk space for powerful trips, like family outings and fancy nights. Taxis ought to go for the rider that needs clean power and higher status, like toting a laptop not a cell phone. Rideshare users aren’t the reason medallions became capital assets — the type of power rides that call you 24/7. Rather, these are people who can’t walk.﻿ It makes sense that conventioneers use rideshare as they are new in town, close to their hotels but don’t know the way well. A lot of the coverage with rideshare is heavy promotion for non walkers. My analysis, based on research by comScore is this, heavy desktop users at home will also take more power trips, though light internet users might be seen out and about more often. These types also use the internet for socializing, not consumption.

Uber’s Stock Valuation (found on a simple Google search) looks like an old digital advertising valuation for ad revenue…too linear without any operating scale. As if you can sell every unit linearly without regard for the demand side — its a cheap Statistica valuation 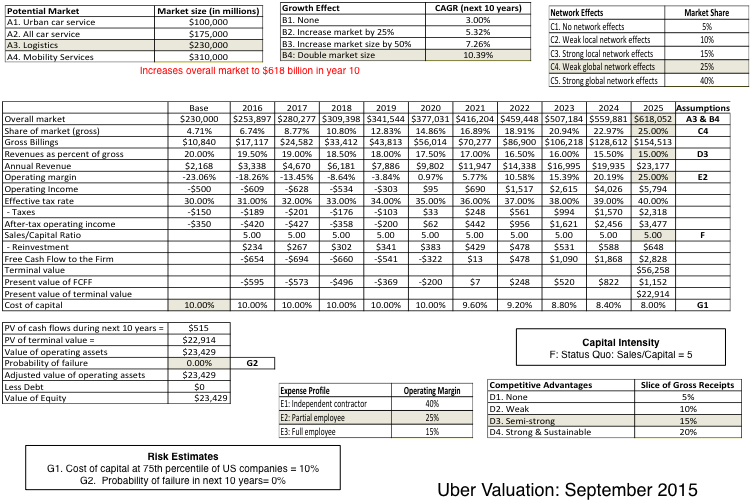